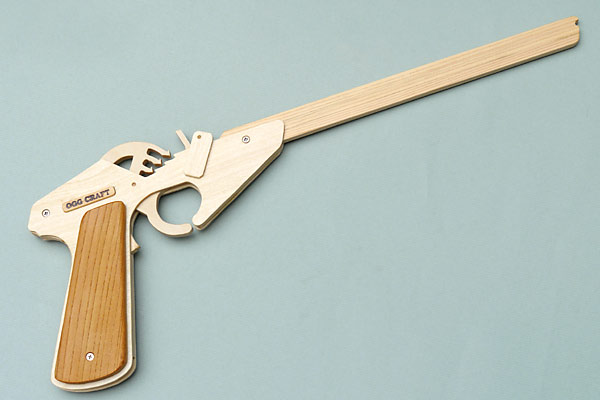 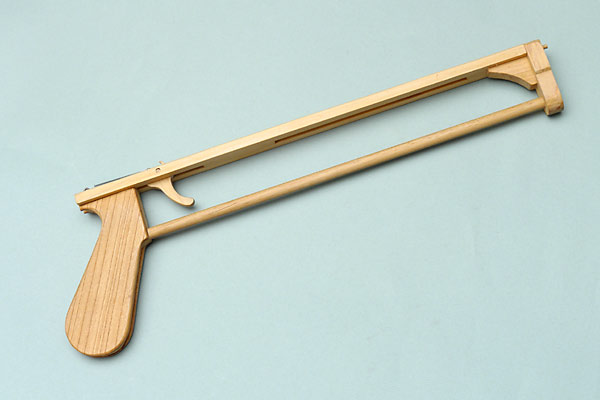 This is P601 MULTY made in 2002. It has "Get-Under and Hook-Up-Mechanism" to load the next rubber band to the holding-hook. 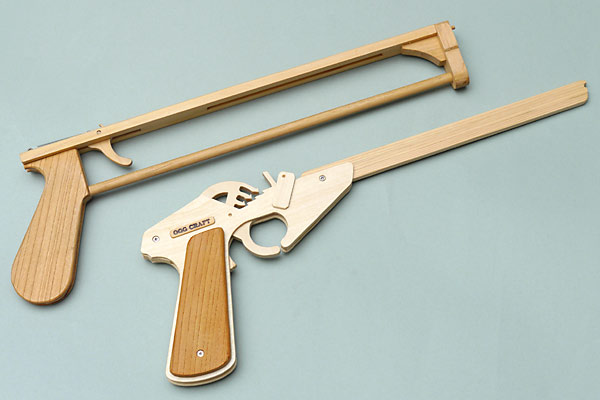 New work P312 MOOGUL, It has the advanced same mechanism. 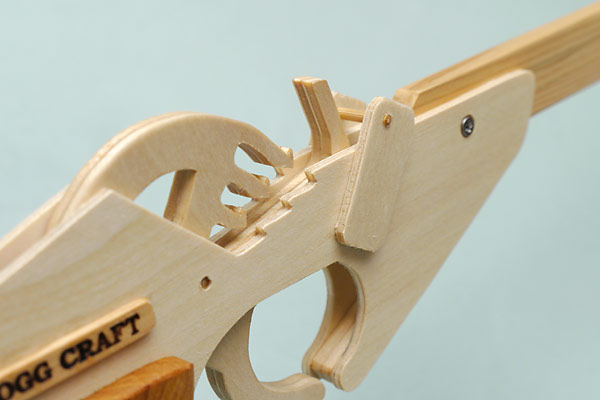 Some parts on the frames. 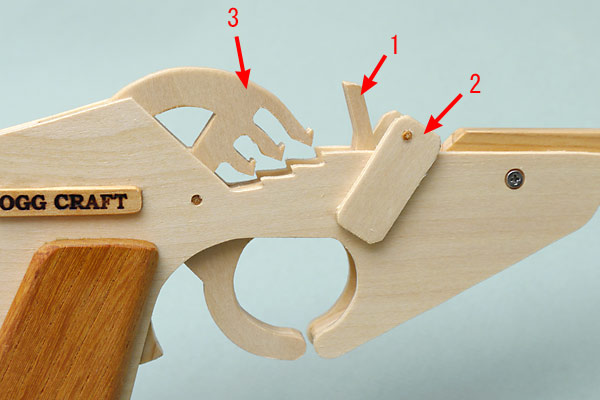 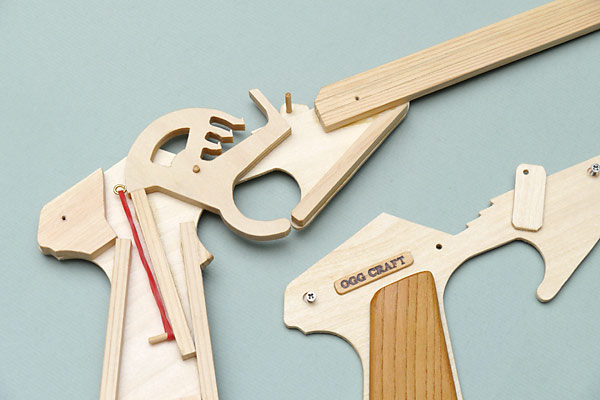 "Holding-Hook","Hook-Up-Arm" and "Trigger" were made as one part.
This has only one movable part. 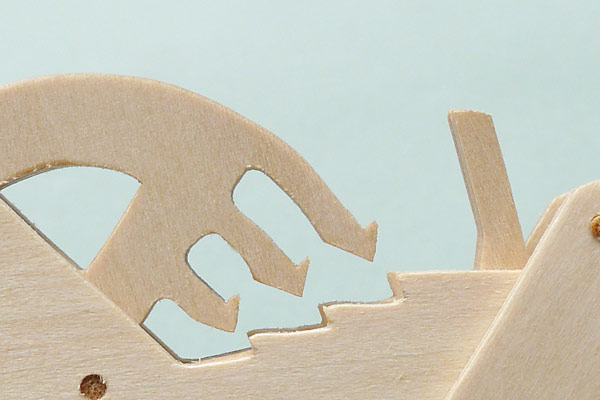 The tip of "Hook-Up-Arm" is like an arrowhead.
The name MOOGUL comes from "MOGULU (MOGURU)" in Japanese. It means "Get under". 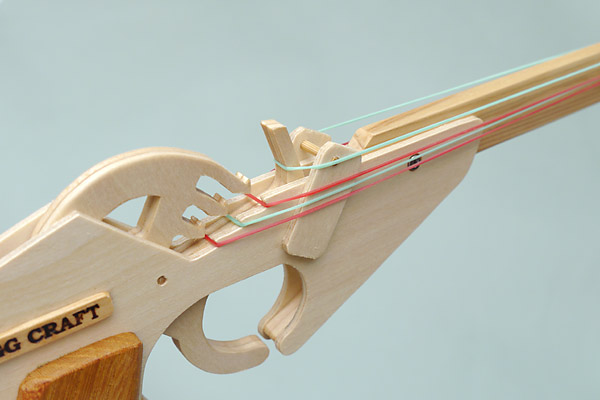 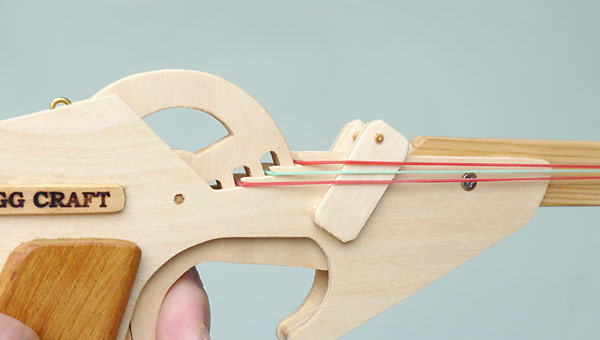 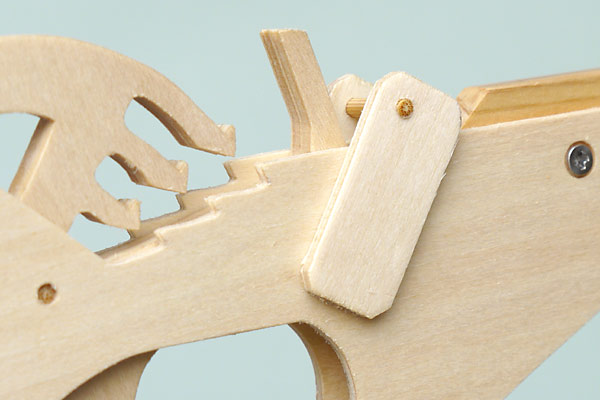 The "Fixed-Releaser" was attached later to prevent the jam. 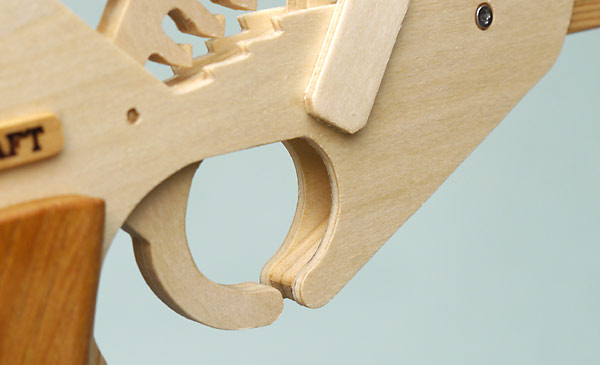 The half trigger guard. 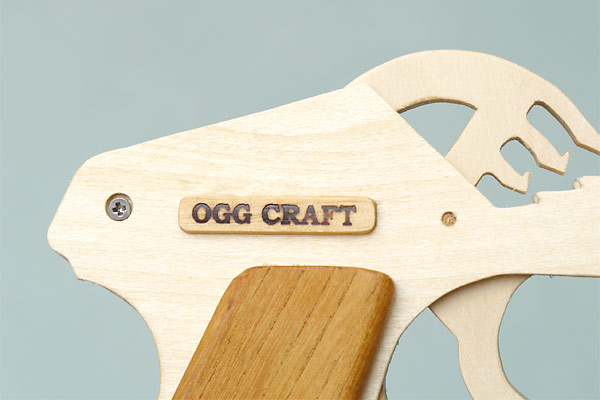 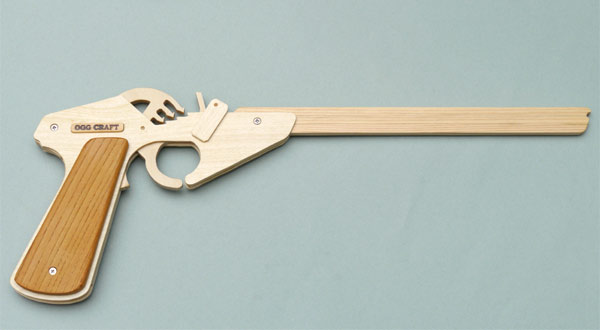 The right side view. 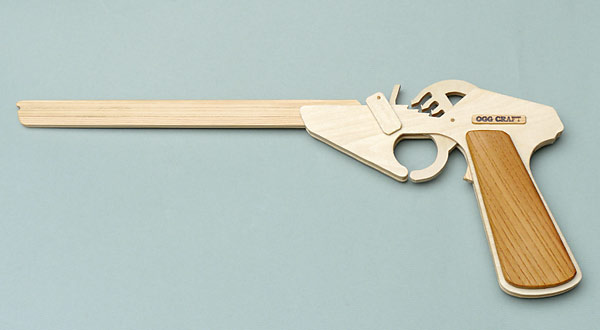 The left side view. 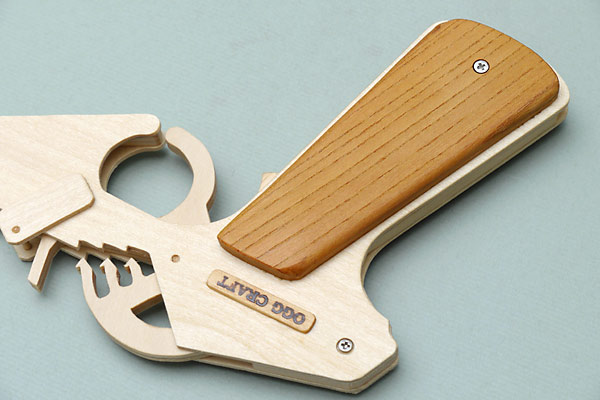 The main frame and the grip frame were cut as one part. 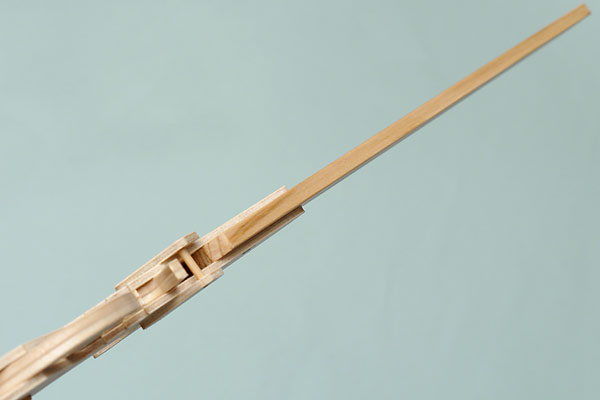 The thickness of the body is only 11mm. 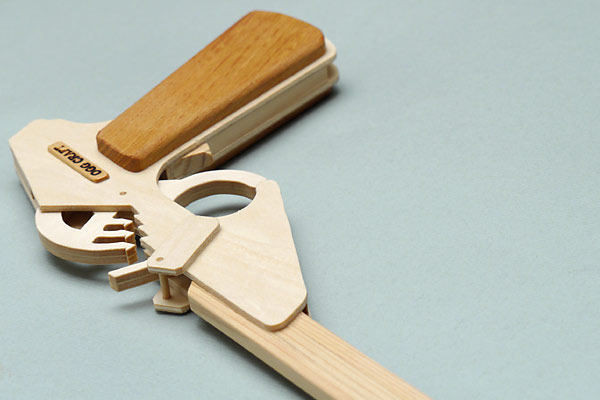 Made from japanese tilia plywood. The material of the grip is keyaki (japanese zelkova).
Finished with polyurethane clear paint. 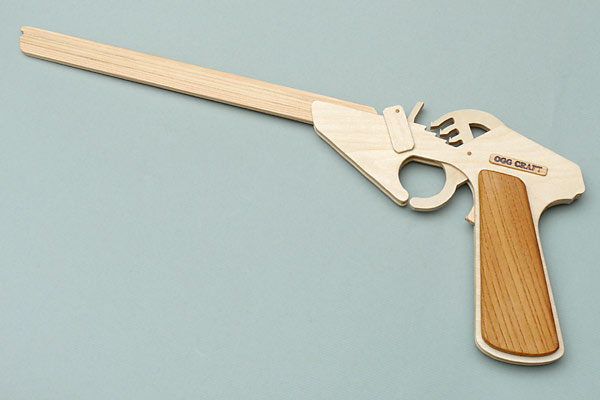