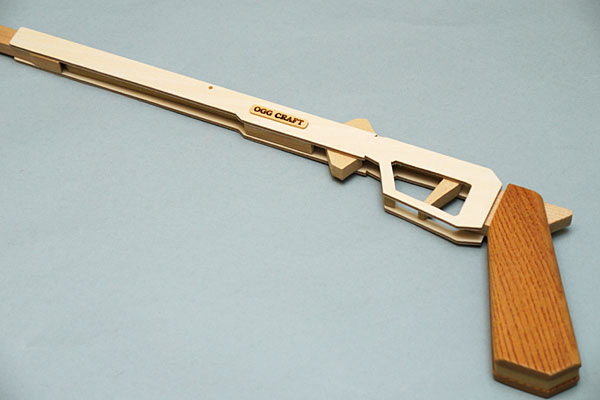 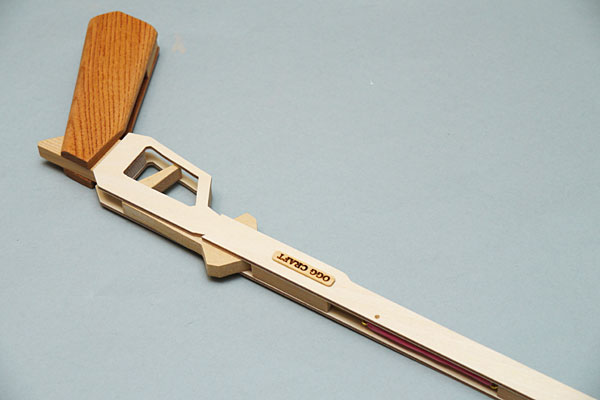 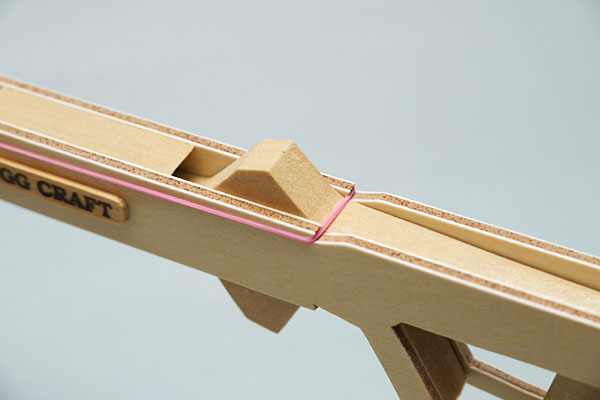 The moving part is one only. 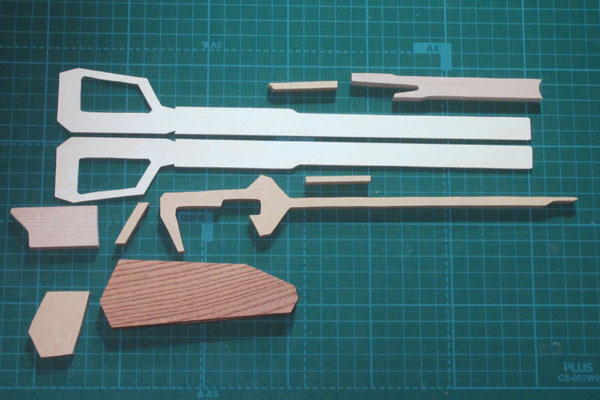 The all parts were cut with a scroll saw. 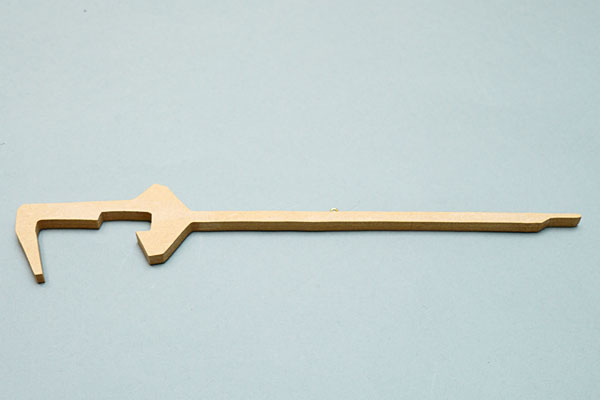 The trigger has two "Shark-Fin-Releasers" at the over and under. 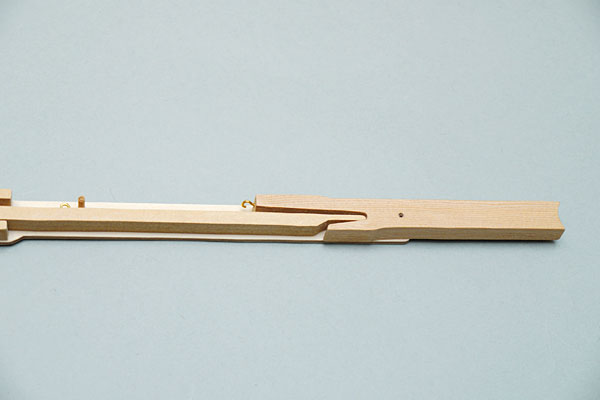 The trigger has to be slided and rotated at the same time. It has a steepled front tip for the complex action. 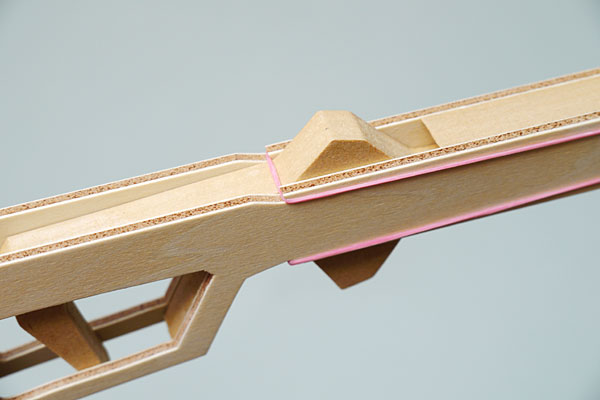 Loaded 2 rubber bands at the over and under. 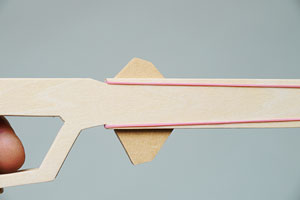 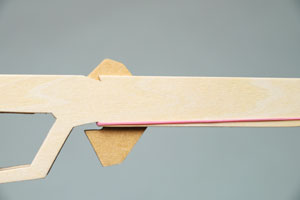 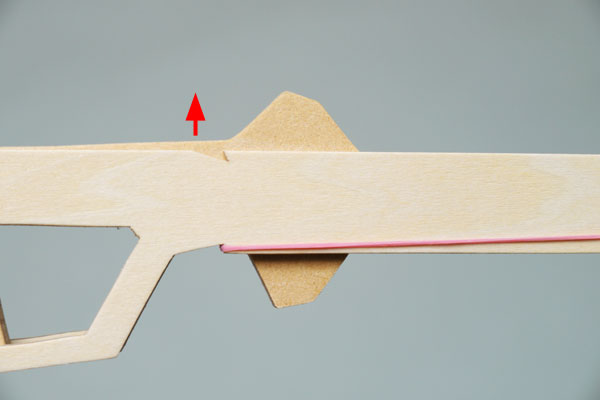 When the trigger is returned, it moves up a little. And at the next pulling, the under rubber band is released by the under releaser. 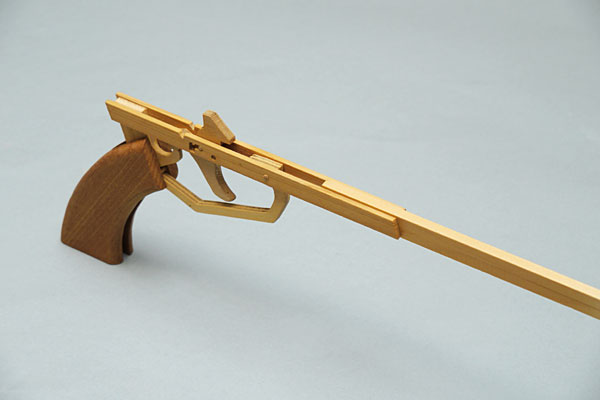 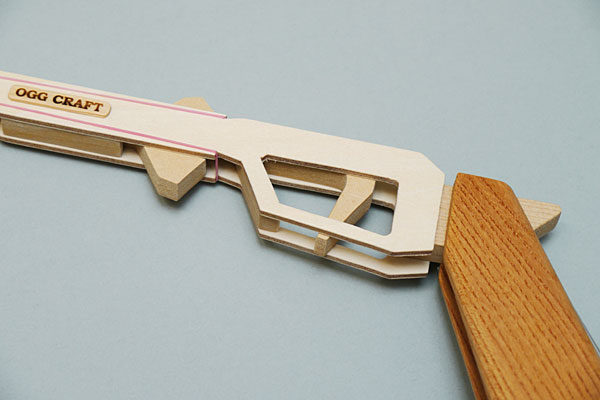 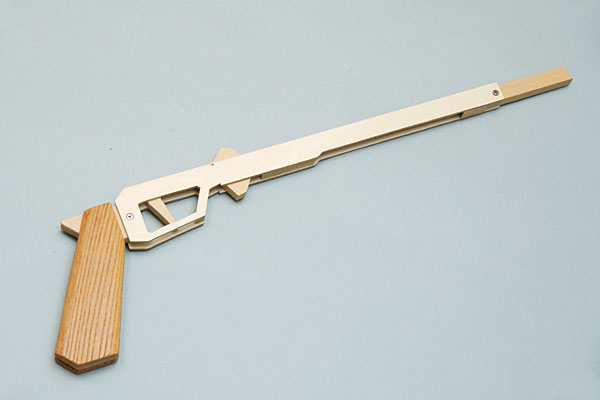 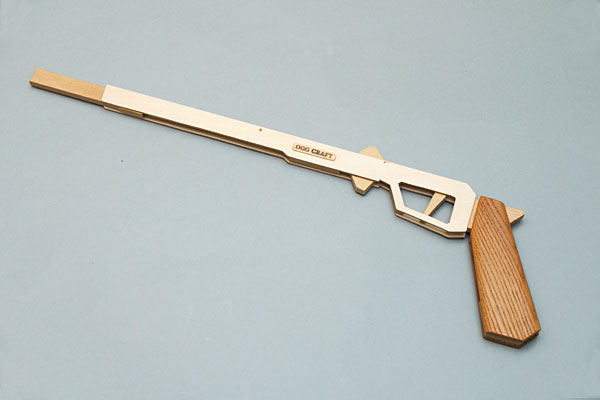 The left view.
The name "WESITERN" comes from "UE-SHITAN". It means "Over and Under" in Japanese. 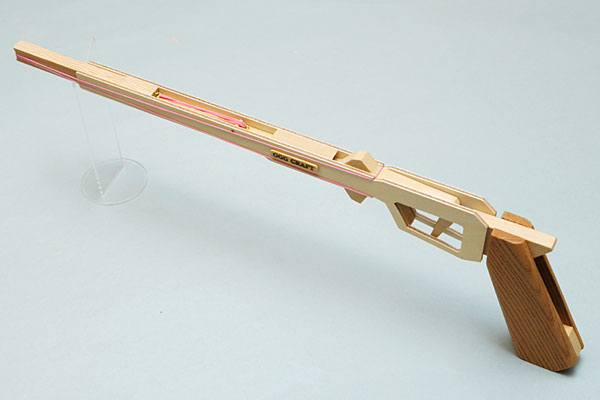 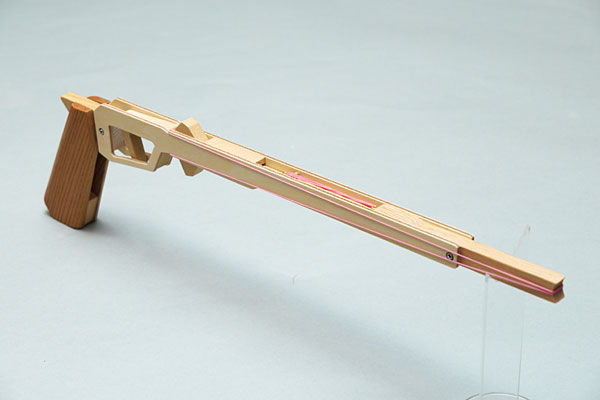 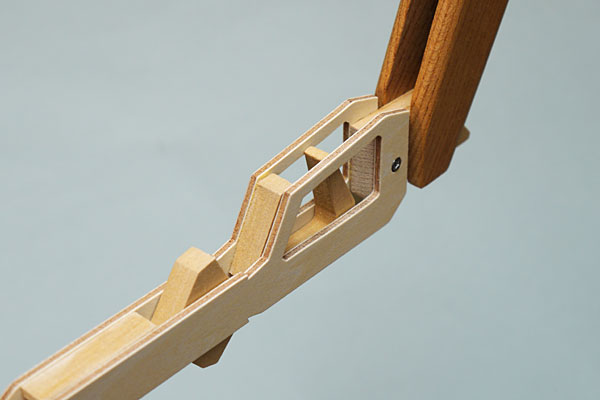 I made three models have a same thema ("Shark-Fin-Release" and "One-Moving-Part only").

That is continued to the 2nd model, P219 MIKASA.