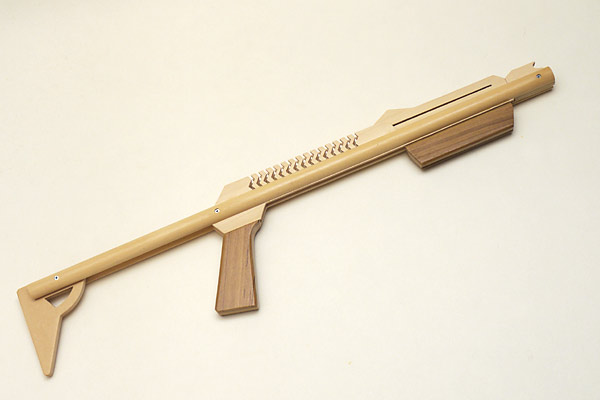 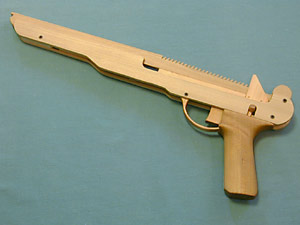 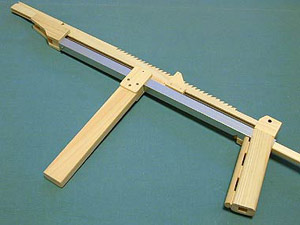 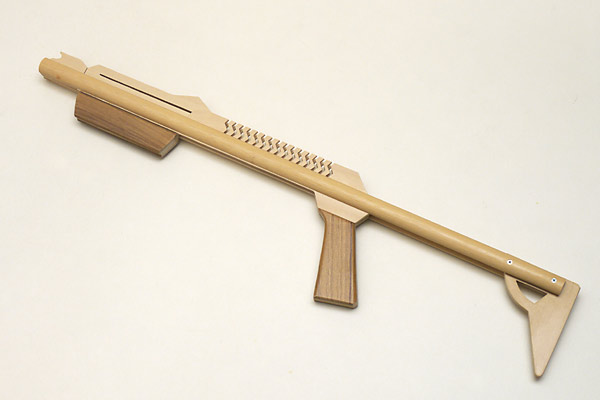 New work P217 LIGHTNING, it is Manual-Pseudo-Full-Auto machine gun.
Its releasing mechanism is same as P204 BURST and P207 DAN MAC.
And also it has a newly-invented loading mechanism. 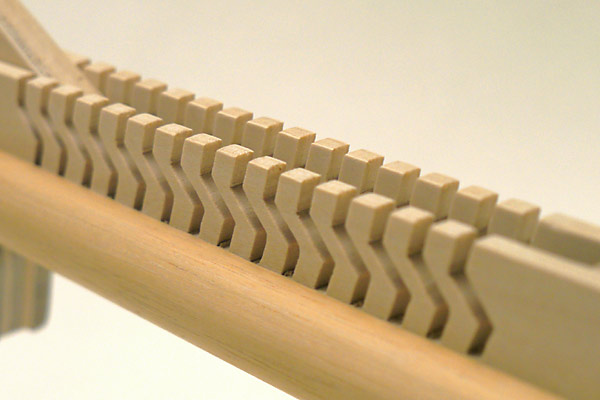 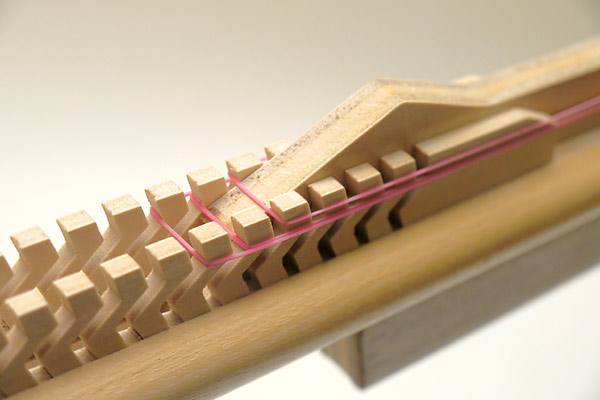 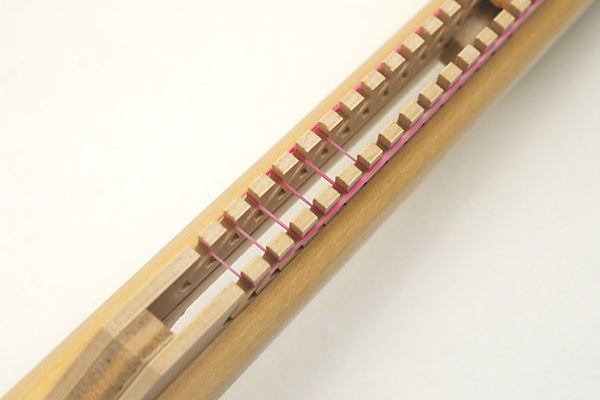 Its releaser pushes up the rubber bands from inside. 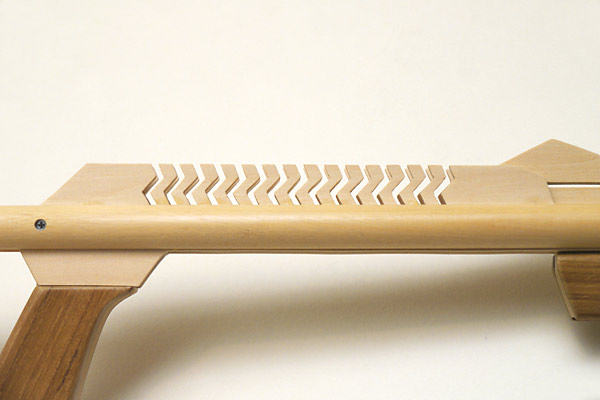 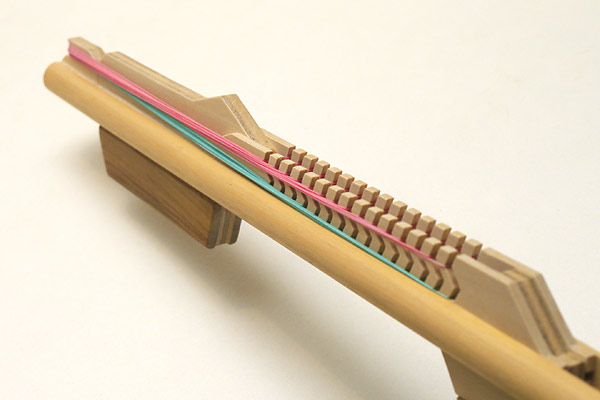 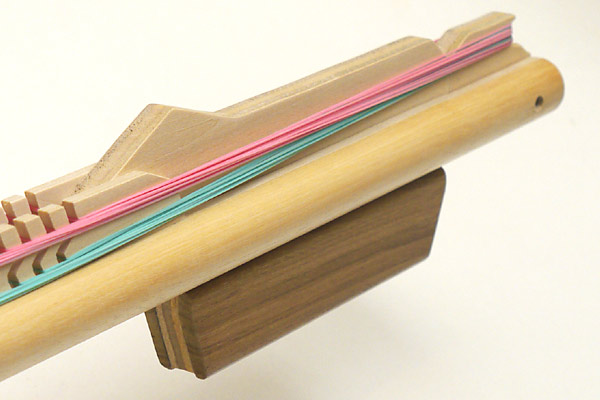 Fore grip (instead of the trigger). 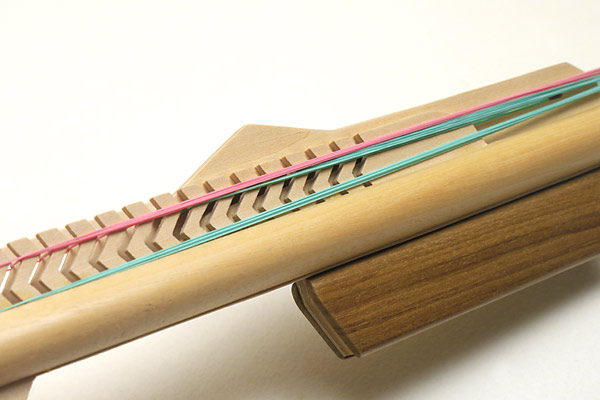 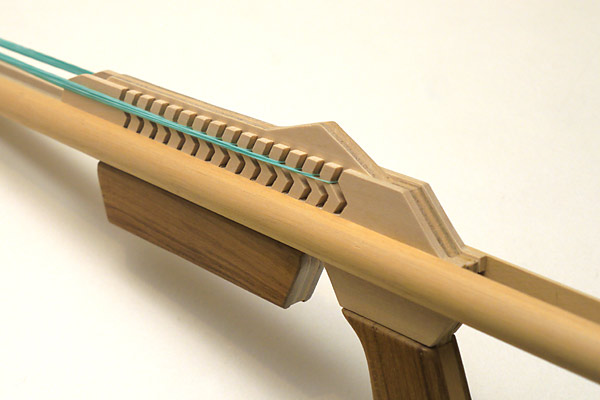 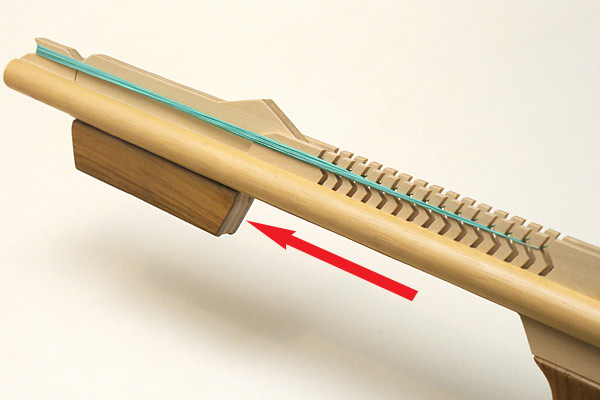 To release green rubber bands, the fore grip must be slided to default position. 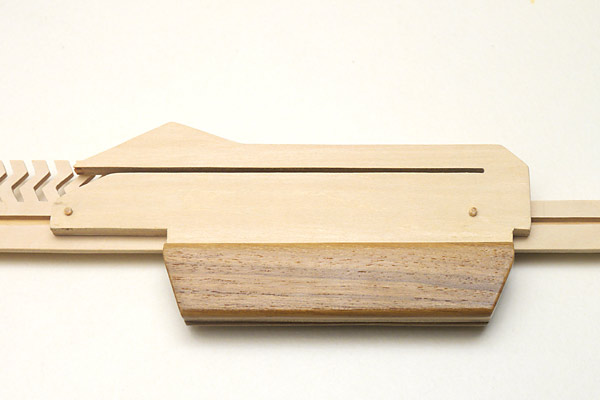 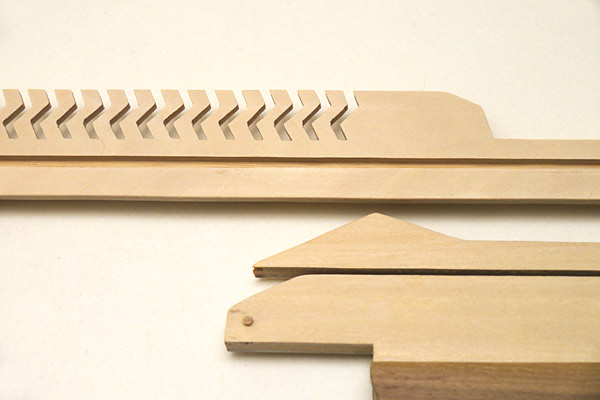 Inside of the main frame. 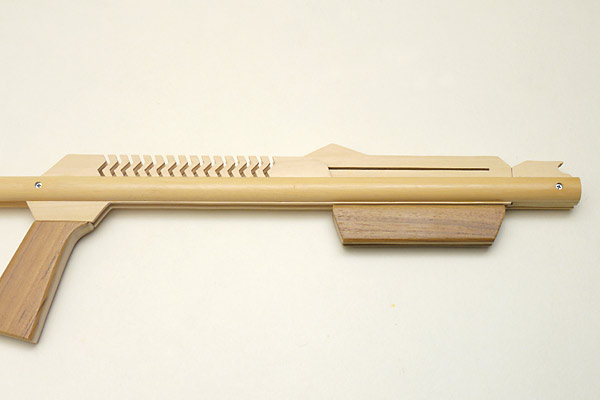 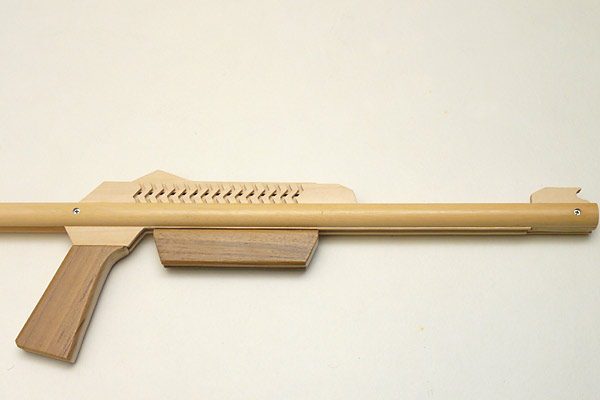 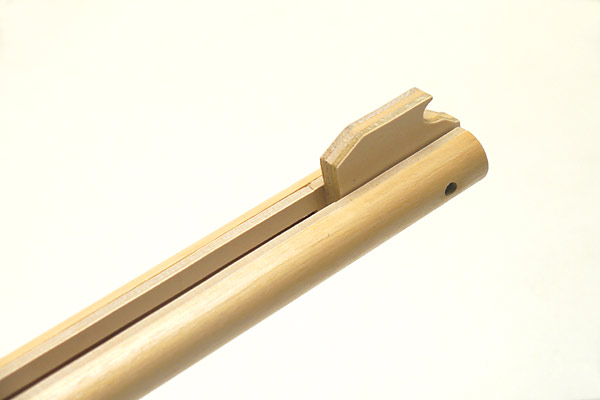 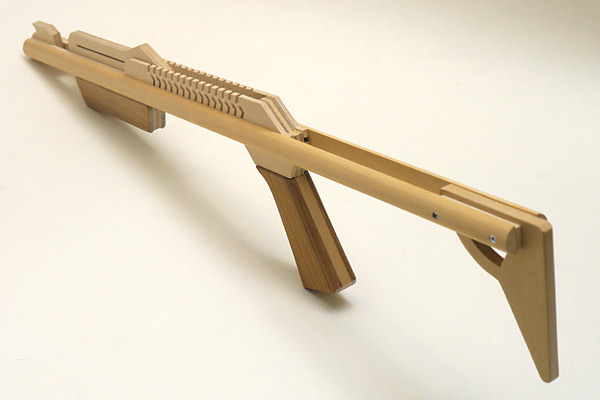 It looks like a shot gun rather than a machine gun. 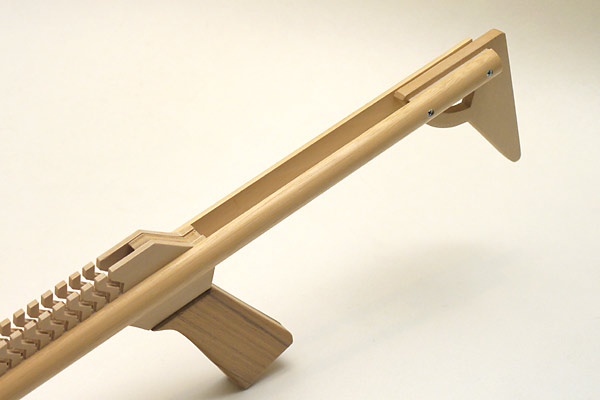 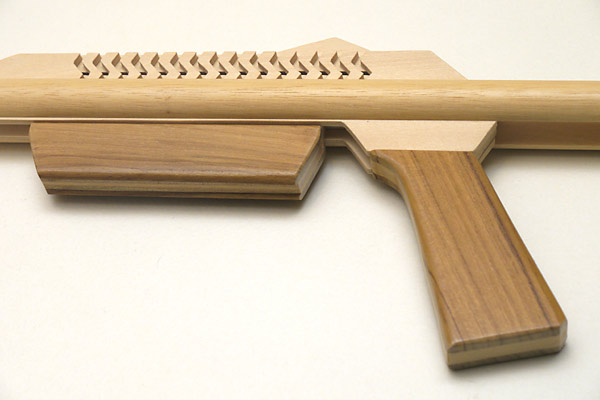 Grip is made from teak. 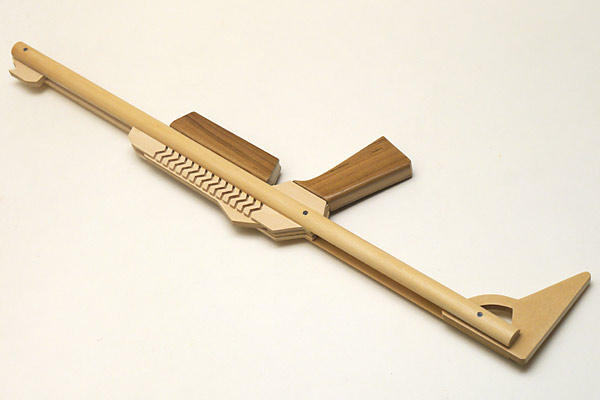 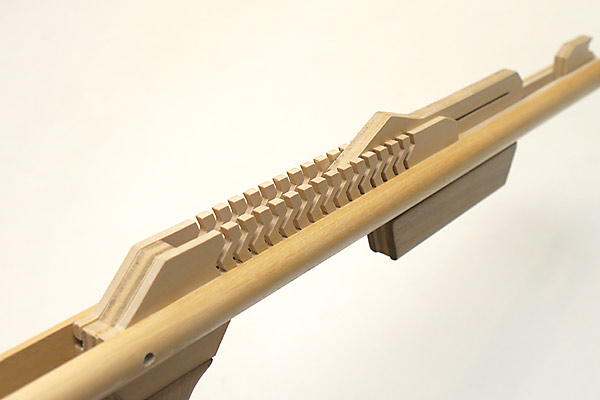 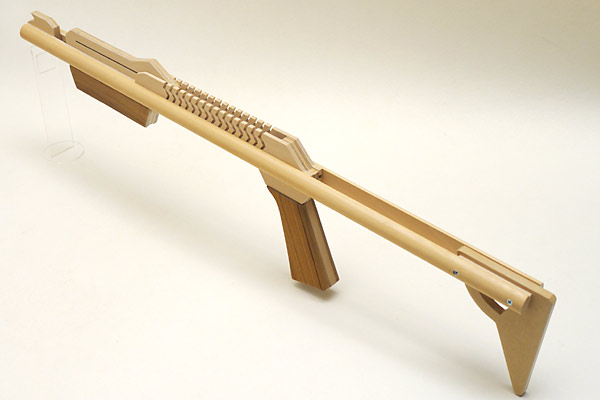